I Feel Like a Number…I’m Not a Number…  Remember that Bob Seger song? Unfortunately those are the only lines I remember and they go through my head over and over on days when we are carving mostly house number signs…And we carve A LOT of house number signs.  I know, I know, we ARE all more than numbers, but if you think about it we really can’t get along without them – we have social security numbers, phone numbers, employee numbers, tax ID numbers, and HOUSE NUMBERS.  If you want your mail delivered, or someone to come visit, or an ambulance to find you, or just like to accessorize your house with cool signs from The Carving Company, you will need a house number.

House numbering started in Europe in the 16th century, but for land ownership, not mailing purposes.  By the 18th century, house numbers were used to organize mail distribution.  In the United States and Canada most roads keep even and odd house numbers on different sides of the street.  This comes in handy during dry seasons when an area enforces odd or even house number watering days to keep track of who is breaking the rule. Conveniently,  THAT rule will lead us to our Well Water signs in the next blog or two.  House numbers can be assigned due to distance away from a basepoint, or by what block you are on.  Some older cities have run out of numbers they are able to use for their houses and have to resort to repeating house numbers or using fractional numbers. Fractional numbering is ANOTHER service that is offered at The Carving Company. We will make your house number with whatever number you need, ½, ¼, decimal, letter, special characters, arrow. Just ask us for whatever type of custom carved sign you need.

What kind of signs do we make? Address Signs for starters
March 22, 2016

Let customers speak for us

We have ordered house signs for our past two homes and have been extremely pleased with each sign. The attention to deal is fantastic as is the customer service. Thank you The Carving Company for adding a special touch to our home!

Great Work!
More than I anticipated. 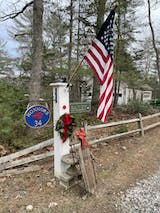 This is my third time using The Carving Company. I have been so pleased with the artwork, attention to detail and responsiveness. The signs transform a plain house to a remarkable house. 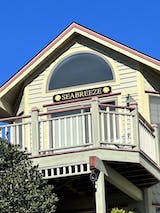 We just added our name sign to our condo and it looks absolutely terrific. The workmanship is excellent. The packaging and care taken with the sign is very noticeable. I would recommend the Carving Company to anyone who wants to listen.